It was still dark this morning as I rummaged around for my alarm clock. Beep. Beep. Beep. 5:30am. I put on the clothes I had laid out the night before and went to the kitchen to make oatmeal. Tea always tastes best when its early. The people we are staying with asked if we would like to join them as they do a penguin survey for The Halo Project (click here to visit their website). We arrived at the beach just in time for sunrise and low tide.

Rhys (The Halo Project Manager), Niki, Jo and a few other team members and biologists preformed the survey. We split into two teams. The object was to investigate the coastline of a local peninsula, looking for burrows and evidence of little blue penguins and to count the ones we see. One team hiking in from the south and one from the north. It was more of an adventure than I expected. Climbing over jagged rocks, wading through the surf, scrambling up cliffs, walking through caves and hiking through tall grass. 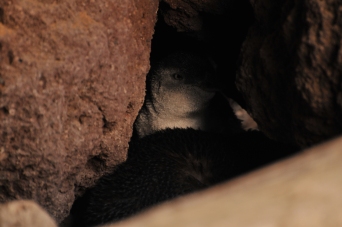 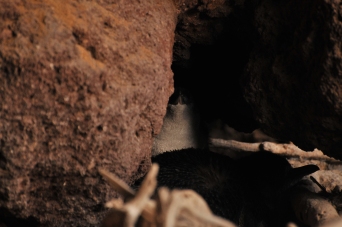 Little Blue Penguins in their burrow 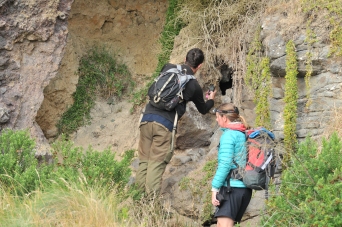 Little blue penguins are the smallest type of penguin. They are native to New Zealand but sadly they are on the decline. The purpose of this survey was to find out where the penguins are living and gain a better understand of how to take steps to protect them. These penguins often live in small rock caves. On this beach we found quite a few burrows (see pictures above)–some occupied and some not. We also found lots of penguin tracks and a couple eggs. 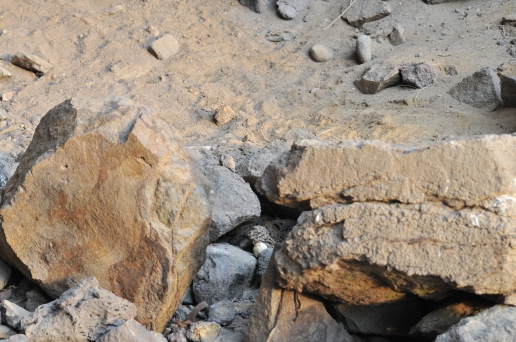 Can you spot the egg?

As we continued along the cliffs we were pleasantly surprised to come across more interesting wildlife, including: sea lions, spotted shags and a pair of Hector’s dolphins. I was very excited about the dolphin sighting as it is my first cetacean sighting here in New Zealand. It is also a dolphin that I have heard about because it is quite endangered. They are easy to recognize because their dorsal fin is rounded. 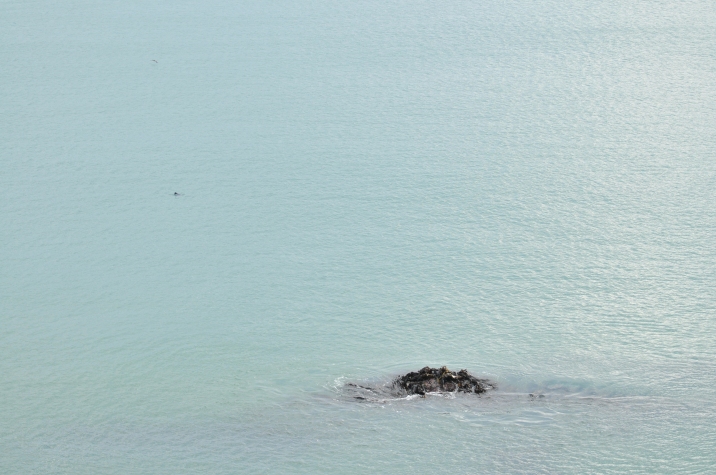 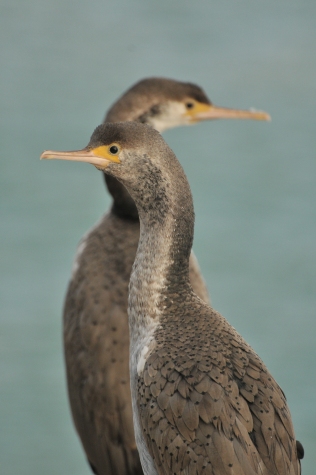 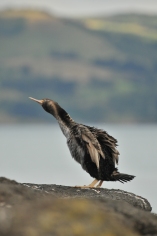 We met the other survey team at the halfway point and compared notes before making the treck back. In total we saw thirteen little blue penguins–a success! I feel lucky to have the opportunity to witness the work The Halo Project is doing here and get to see little blue penguins in the wild. I learned that it takes a lot of effort to cover even a small amount of coastline when looking for creatures and have gained an even bigger respect for the men and women that do this work in all kinds of weather. 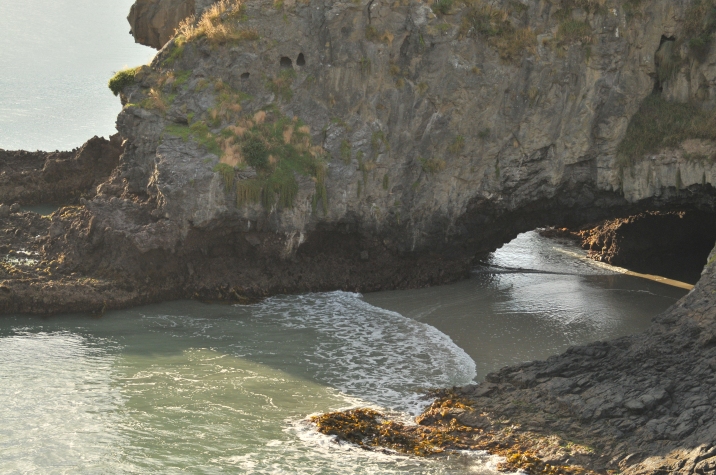 Prepping to survey from the water

We were back at the farm before 11am and spent the afternoon taking care of sheep. I am going to sleep well tonight!